Vulnerable Children Society was started in 2010 by six women, all joined by a common love and sense of responsibility for children in Africa. Years later, VCS continues to be managed by a dynamic team of five volunteers. Our strengths as a working board are our diversity of skills, our passion, and our trust in each other.

Please feel free to contact any of the directors, or simply email info@vulnerablechildren.ca if you have questions about our organization.

In 2013, Nicole’s dream came true when she adopted her precious daughter from Ethiopia. Ayanna is now six years old, and she helps her mama raise funds for the Vulnerable Children Society through an ongoing bottle drive that Nicole launched ten years ago.

Over the years, she has volunteered with the Catholic Family Services Bureau, the St. Vincent-de-Paul Society, and the St. Dunstan’s Basilica Parish Refugee Committee; she is also a past Sunday school teacher.

Nicole has been on the VCS’s board of directors since 2011; she assumed the role of President in 2019. She has travelled to Ethiopia three times; during these visits, she met with our in-country partners, visited the projected funded by the VCS, and had the pleasure of meeting the people served by these initiatives.

Flora is a stay-at-home, home-schooling mom to four kids, aged 6-10, including a daughter adopted from Ethiopia. She studied at the University of the Fraser Valley, majoring in Psychology and History. Flora is a member of the Okanagan Families with Children from Africa; she leads the local adoption support group in Kelowna, has served on panels as an experienced adoptive parent for AFABC, and volunteers for her church’s Sunday school. 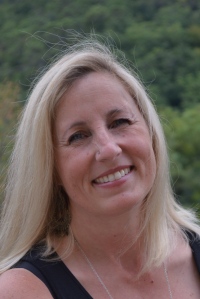 Tawnya is a business owner and manager, as well as a mother to two children from Ethiopia. She has travelled extensively throughout Africa, and has visited and audited all of VCS’s projects.

Laura joined the VCS board of directors in 2016. She has followed VCS’s growth and successes since its inception, and is excited to be contributing at a greater level as a board member. She finds meaning in helping others, has a strong belief in paying-it-forward, and draws energy from learning through the diversity of others.

Laura has been married for over 20 years and has two children through adoption, one of whom is from Ethiopia. She is a working-mom and sometimes struggles to find the right balance between work and life, but what helps her crew thrive is being open to embracing life’s lessons and growing together.

Laura is actively involved in a local not-for-profit adoption agency, Adoption Options Manitoba Inc.; she facilitates the education sessions for prospective adoptive parents and serves as Chair on the Board of Directors. She holds a Master’s degree in Family Studies, focusing on how macro and micro factors impact individuals and families, and currently works for the Manitoba Government. 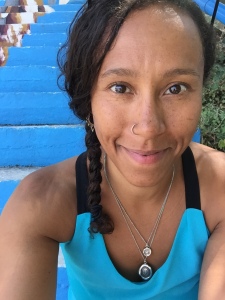 Dacia Douhaibi has lived and worked in East Africa for nearly five years. Born and raised in British Columbia, Dacia spent her childhood visiting family in North Africa and developed a passion for travel early in life. Her experiences in the ‘developing’ world led Dacia to pursue academic and professional opportunities related to critical engagement with humanitarianism and international development. Dacia is currently a doctoral candidate at York University in Toronto, Canada and also operates her own consulting company, Tembanza Consulting, through which she brings ten years of research, program management and teaching experience together with anti-oppression and anti-colonial approaches to community and organizational development. Dacia also works as Research Coordinator for Justice Africa, an advocacy and research-based organization in South Sudan, and Research Advisor for aidx, a technology company working to develop peer-to-peer mobile applications to support systems of mutual aid amongst refugees. She serves as Advisor to the Emerging Scholars and Practitioners on Forced Migration Issues (ESPMI) network and is the acting Editor in Chief of the Refugee Review, an online, open access, peer-reviewed journal on migration issues.